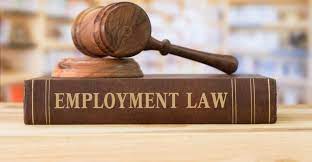 In the United States we are blessed – or cursed-with a legal system that contemplates parallel judicial processes. We have a federal court system and each state has a separate state court system. Since 1941 there has been considerable recognition of circumstances under which a federal court may decline to proceed though it has jurisdiction under the Constitution and federal statutes. The cases in which this has been recognized are usually referred to as the abstention doctrine. The abstention doctrine prohibits a federal court from deciding a case within its jurisdiction so that a state court can resolve some or all of the entire dispute. The purpose of the doctrine is to preserve the balance between state and federal sovereignty. This constitutional balance is often referred to as federalism or comity.

Although integral to the workings of state and federal courts, the abstention doctrine has come under criticism by scholars over the years who wish to see the doctrine neutralized or abolished through legislation. I believe we need abstention in our parallel system for the interests of various states must outweigh federal adjudication. My research has shown that since the beginning of the twenty-first century, the federal courts have been doing a fine job on a case-by-case basis of recognizing and implementing the need or lack of need for abstention.

Scholars and courts often refer to at least four distinguishable lines of abstention doctrine cases. These cases involve different factual situations, different procedural consequences, and different arguments for and against their validity. In this article I will only discuss the most often used type of abstention; it is known as Pullman Abstention. With Pullman abstention, federal courts avoid decisions of federal constitutional questions when the case may be disposed of on a question of state law.

The doctrine grew out of Railroad Commission v. Pullman Co., the now famous 1941 Supreme Court case. The opinion was written by Justice Frankfurter and involved an order by the Texas Railroad Commission that no sleeping car could be operated on any railroad line in Texas unless the cars were in charge of an employee having the rank of Pullman conductor. This new order had strong racial overtones. The Court found in those sections of Texas where the local passenger traffic was slight, trains carried only one sleeping car. Such trains, unlike trains having two or more sleepers, were without a Pullman conductor. Such sleeper was in charge of a Pullman porter. In 1941, all Pullman conductors were white and all Pullman porters were black. Upon learning of the new Texas order, the Pullman Company brought an action in federal district court to enjoin the Railroad Commission’s order. The Pullman Company assailed the order as unauthorized by Texas law, as well as violative of equal Protection, the Due Process Clause, and the Commerce Clause of the Constitution. The Pullman Porters, through their union, were allowed to intervene in the suit and objected to the order on the ground that it discriminated against African- Americans in violation of the Fourteenth Amendment to the U.S. Constitution.

The federal court convened a three- judge panel which enjoined the enforcement of the order. The case came directly to the U.S. Supreme Court from the decree of the three- judge panel. The Supreme Court found that the complaint of the Pullman porters tendered a substantial constitutional issue. Yet, the Court held that the issue was a sensitive one that touched on social policy upon which the federal courts ought not to enter unless no alternative to its adjudication was open. The Court held that the constitutional adjudication could be avoided if a definitive ruling on a state issue would terminate the controversy. The Court then turned to a consideration of questions under Texas state law. Pursuant to Texas law, the Court found a statute that maintained, in relevant part, “it is common ground that if the order is within the Commission’s authority its subject matter must be included in the Commission’s power to prevent unjust discrimination… and to prevent any and all abused in the conduct of railroad.”

The Supreme Court found that the last word on the meaning of the Texas statute, and therefore, the last word on the authority of the Texas statute belonged to the Texas Supreme Court. The Court reasoned the “reign of law” was not promoted if an unnecessary ruling of a federal court could be supplanted by a controlling decision of a state court. The Court further reasoned that “the resources of equity were equal to an adjustment that would avoid a waste of a tentative decision, as well as the friction of a premature constitutional adjudication.”

The Supreme Court remanded the case to the district court with directions to retain the case pending a determination of the state proceedings. Here the Court reasoned that if there was no “warrant in state law for the Commission’s assumption of authority there was an end to the litigation and the constitutional issue would not rise.” The Court then held that “in the absence of any showing that these methods for securing a definitive ruling in the state courts cannot be pursued with the full protection of the constitutional claim, the district court should exercise its wise discretion by staying its hands.”

Thus, the classic Pullman abstention case dictates that the federal court stay, but not dismiss, the action while the state court resolves the issue of state law. On a practical level the Pullman decision by the U.S. Supreme court allowed the State Supreme Court of Texas to save face for the state of Texas by not allowing the Texas Railroad Commission to enforce a facially discriminatory law aimed at black Pullman porters by enforcing the nondiscrimination language of the Texas Constitution.

The 1941 Pullman decision is now seen as one of the early civil rights victories for African- American workers in the United States.